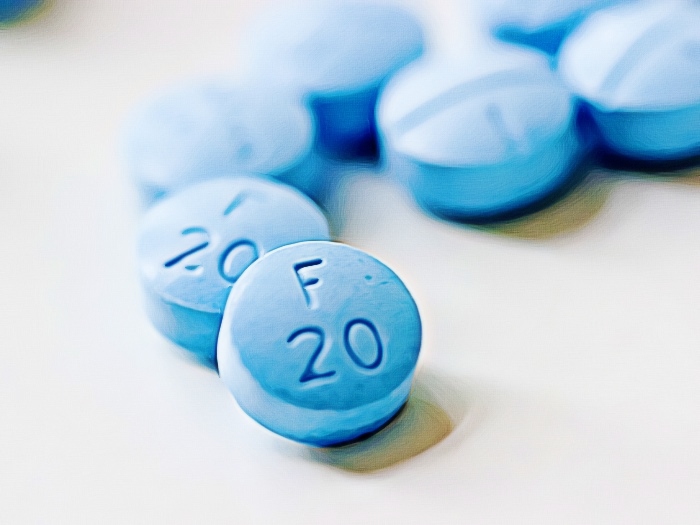 Adderall is a stimulant drug, which is used mostly as a treatment method for ADHD or attention-deficit/hyperactivity disorder. The drug works by stimulating the dopamine and norepinephrine in the brain, leaving the user in a state of bliss. The increase in these brain chemicals can then allow individuals with ADHD to focus, allowing them to function normally.

People without ADHD can also be prescribed Adderall, as the drug is postulated to increase concentration. People use it as an alternative to caffeine, used to boost their performances in various areas of their lives. If taken in high doses, Adderall can induce a sense of euphoria, also boosting energy levels in ways caffeine cannot.

Adderall is also used as an effective treatment for obesity and narcolepsy, but its effects are exactly what makes it easy to abuse. Most people use the drug outside of prescription guidelines, which easily leads to a spiral of drug addiction. Losing control of use can be dangerous, and people are compelled to continue taking the drug despite the dangers.

Like with all addictions, Adderall abuse can lead to devastating consequences. It damages one’s health, personal relationships, career, and so much more. If you’re someone dealing with an Adderall addiction, or know someone who is, this comprehensive guide is for you.

Learn about how it affects your system, how it interacts with other substances, and the onset of overdose.

How long does Adderall stay in your system?

Adderall affects everyone differently, so the question of how long it can stay in your system can be difficult to answer. People abusing Adderall take more than the prescribed doses, which then builds up in the system and takes longer to be absorbed and metabolized in the body. Other personal factors can affect the process, including age, weight, and health conditions.

Some ingredients of Adderall, including amphetamine, can be detected in urine for up to 2 days after use. Detection time can vary for Adderall, most of which depend on the method of drug testing. Here are some of the following methods commonly used:

Note: Adderall can also be detected through hair.

Adderall is composed of various active ingredients, but its main component is dextroamphetamine. The half-life of the drug is 10 hours, meaning that after the period passes, half of the dextroamphetamine component will be expelled by the body.

Certain traces of it will remain, however, which can be broken down by the systems and expelled in three days. As previously mentioned, the type of testing method used is needed to properly detect Adderall in the body.

Both Adderall and Ritalin are prescription drugs that help manage the symptoms of attention deficit hyperactivity disorder or ADHD. They both stimulate the central nervous system and effectively treat the symptoms of ADHD and narcolepsy. As stimulants, they can alter the neurotransmitters in the brain such as norepinephrine and dopamine. Through doing this, they increase the person’s ability to focus and concentrate while helping them to manage their impulsivity.

Although they are both stimulants and seek to achieve similar results, they differ in their ingredients and consequently also differ in their mechanisms of action. Ritalin contains methylphenidate, while Adderall contains salts of amphetamine or dextroamphetamine.

The key difference between these two drugs is that Ritalin has a faster effect and peaks earlier than Adderall. Adderall, on the other hand, works slower but stays in the body longer than Ritalin. Both of these drugs have been proven to be effective in controlling symptoms of ADHD, and they also have a similar set of side effects.

Concerta essentially carries the same chief ingredient as Ritalin, which is methylphenidate. As such, it is also a central nervous system stimulant, as is Adderall. They also are designed to treat the same symptoms of ADHD. Studies show that both of these drugs achieve similar effectiveness in symptom control, although there are disputes as to the reliability of these studies.

There are known side effects of Concerta and Adderall. They may decrease a person’s appetite; Concerta especially can cause stomach problems. As stimulants, both of these drugs may also cause problems with falling or staying asleep. These drugs likely also have similar effects regarding dependence, although more research is needed to ascertain whether dependence is more likely to occur with one drug over the other.

As previously discussed, Adderall is used to increase attention, alertness, and energy, allowing one to enjoy focus and better performance. The drug affects the production of dopamine and norepinephrine in the brain, prompting an increase in performance.

Doctors prescribed Adderall in 60 mg of doses daily, as anything more than that can cause side effects, later leading to abuse. Here are some of the most common side effects:

While these side effects are not particularly serious, it’s important to be wary of such changes. Bear in mind that Adderall is a commonly abused prescription drug, especially since the enhanced cognitive function and state of bliss can be tempting. Students also use the drug for better academic performance, and can be a common drug transaction for high school and college students alike.

Non-medical use of this drug will eventually lead to abuse and dependency, along with an exacerbation of the symptoms listed above. If you know someone beginning to misuse the drug, be wary of the following situations:

As with all drug abuse, treating Adderall addictions can be challenging. You’ll need to consider an individual’s specific needs, as there is no one-size-fits-all solution to cure their condition. You’ll want to explore evidence-based therapies, as well as personalized treatment plans to find something that works.

For most Adderall addicts, however, the best course of action is dialectical behavior therapy (DBT). This allows individuals to gain control of their emotions once more, empowering them to restructure and recommit to their lives. The treatment plan involves the practice of mindfulness, which prompts them to learn the importance of acceptance and change. In doing so, they’re able to move past their experiences, reintegrating into society with healthier relationships and environments for an Adderall-free life.