What Does Heroin Feel Like: Dangers, Effects and Overdose 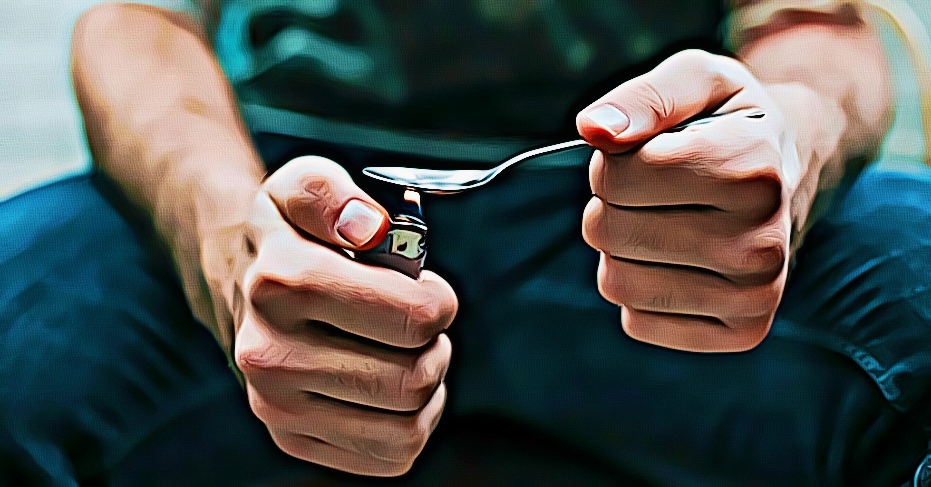 Every addictive substance has unique effects on the user, so people with substance abuse disorder can come from diverse backgrounds and needs. Some drugs can induce hallucinogenic effects, while others can increase a person’s happy hormones. For people who take heroin, it’s less about feeling euphoria and more about its pain-numbing properties. Although it’s based on a naturally occurring substance, it can be highly addictive and extremely fatal for various reasons.

Heroin falls under the classification of drugs known as opioids. It’s a powdery substance that can appear as a white or brown powder. However, there’s also a variant known as black tar heroin that’s more viscous.

Unlike other addictive substances like alcohol, cocaine, and meth, heroin is mostly for self-medication over recreational reasons. Since it has a high association with people dealing with anxiety and depression, pointing toward substance abusers’ need to mitigate the effects of these mental health conditions. It’s not uncommon for some people with drug abuse disorders to start with prescription drugs, such as Vicodin and OxyContin, before developing a craving for heroin.

A heroin high alters your thoughts and feelings while also affecting your senses. This is due to the drug’s impact on your brain and nervous system. Depending on your environmental conditions, you may be in a more mentally unbearable state due to your surroundings’ different stimuli. Alternatively, you can feel more relaxed while having dulled senses in these places. The same conflicting effects can also apply even when you’re in isolation.

People who take this drug want to alter their current mental and emotional state to feel a pleasurable high. This can result in several responses that you will experience emotionally and neurologically.

Since heroin is an opiate, it naturally has pain-relieving properties similar to prescription medication. During the first few doses of taking heroin, a person will experience the impact of potent pain-relieving properties, eliminating physical and emotional pain. This makes it a crutch for people who are constantly in pain due to prevailing illnesses.

Besides the pain relief that heroin provides, it can also induce false feelings of warmth and safety. It’s what makes it a popular drug among people in harsh living situations. Homeless people generally take heroin to feel more relaxed and undermine the effects of the outdoors’ noise and cold. However, this numbing effect doesn’t prevent the risks of getting pneumonia or hypothermia, which can be more dangerous for a person who doesn’t sense its physical symptoms.

People with anxiety or depression tend to use lower doses to calm themselves. However, amping up the dosage can create a dream-like state of being disconnected from harmful stimuli. This state can be a euphoric experience or a disorienting one, depending on the person’s affinity toward loss of control.

How long does heroin high last?

A heroin high will first feel an initial instance of nauseousness for the first 20 seconds. The user will experience a high that lasts for 10 to 20 minutes, depending on the dosage. If a person has a stronger tolerance for the drug, the high will have a shorter duration. Before the drug wears off, the user will once again feel dizzy for a prolonged period, ranging from 30 minutes to 2 hours.

Can you snort heroin?

There are three ways to intake heroin into your system: snorting, smoking, and shooting (through injection). Snorting is the most straightforward way to do it since it doesn’t require syringes, pipes, or other tools as a form of delivery. Since it’s a powdery material, it’s more natural for people with substance abuse disorder to take it nasally by snorting.

Many people believe that snorting heroin is the safest method since it doesn’t pass through the bloodstream. Since it provides a more delayed effect, similar to smoking it, it also provides a more regulated dosage instead of giving it all at once. However, the danger with substance abuse disorder is that people with the condition will eventually look for a more potent high. Once snorting is no longer enough to satisfy their cravings, they can readily look for more dangerous ways to introduce the familiar feeling into their system.

Is smoking heroin safer than snorting it?

It’s not uncommon for people developing their dependence on the drug to experiment and improve their high. However, it’s much more dangerous since it travels from the lungs to the bloodstream. The powder of heroin, or black tar, is placed on an aluminum foil. This is then heated, allowing people to absorb the vapor by inhaling it through a straw or pipe.

Smoking heroin can involve various tools and paraphernalia, from crack pipes to aluminum foil tubes for smoking. People can also add powder heroin on tobacco before rolling it into a cigarette.

What’s the danger of using a heroin needle?

A third option to introduce heroin into your system is by injecting or shooting. Using a hypodermic needle, you inject the substance directly into your bloodstream to get an almost immediate effect of the drug on your brain. Although some people prefer this method for a pure experience, it comes with numerous hazardous effects worse than snorting or smoking the drug.

Injecting a drug requires proper sterilization on the needle and your skin to avoid any infections. People grouping together to have a drug bender often share pipes and even syringes, making contraction of diseases and infections through blood contamination dangerously common. Additionally, heroin introduced below your skin can result in abscesses when injected too shallow or too deep from the vein. Heroin’s acidic properties can agitate the affected area to cause slight bruising, inflammation, and other physical symptoms. These lead to “track marks” that are notable among substance abusers.

What are heroin overdose symptoms?

Like any substance abuse risk, heroin overdose can have minor symptoms that lead to fatal complications. Heroin overdose is particularly riskier in inducing fatal conditions. Due to the nature of opioids’ calming effects, slower breathing rates can lead to dangerously low blood pressure. This can cause fainting that could develop into a coma or death.

A person overdosing on heroin will have to experience shallow breaths and visible paleness of the skin. Their lips and fingertips will appear blue, together with a discolored tongue. If they’re awake, they will experience disorientation or delirium. Additionally, they can experience spasms, constipation, vomiting, and seizures.

These symptoms can manifest 10 minutes after a person takes heroin beyond their limit. Afterward, they may display the physical and neurological red flags above. Because a drug overdose can be fatal, it’s best to immediately get medical attention if you start noticing these signs on someone you know.

People who struggle with heroin addiction are at a higher risk of suffering from an overdose, leading to a fatal condition. Once these individuals build up their tolerance to heroin, they’re at a greater risk of overloading their bodies of contaminants. This is why it’s best to seek help from medical professionals to diagnose and treat the full extent of heroin’s effects.