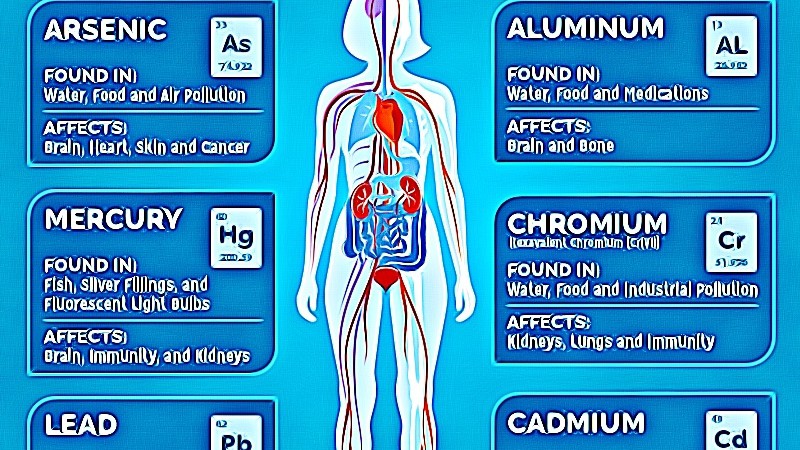 Coseva’s Toxin Removal System (TRS detox)  is a unique proprietary product that works with natural healing processes to remove heavy metals and other toxins from your body. This cutting-edge product is free of side effects and easy to use, giving you daily protection against an increasingly toxic environment.

Most of the toxins to which we are exposed every day aren’t dangerous compounds that kill immediately even in the tiniest amounts. And even some of the deadliest toxins known to humanity can be paradoxically beneficial in very small amounts.

Take the example of botulinum toxin. Botulinum toxin was first discovered in the 1800s in decaying sausages. Biowarfare studies in the former Soviet bloc found that as little as one ten-millionth of a gram of botulinum toxin is enough to kill a 150-pound human being. Botulism, the set of symptoms caused by botulinum poisoning, causes a horrific sequence of events that leads to paralysis and eventual death when the costal muscles can no longer power breathing.

But chances are you know someone who not only has survived botulinum toxin but goes to a doctor to get it every three or four months. Botox provides an even tinier dose of a toxin to calm the muscles under the skin so they don’t make wrinkles and crow’s feet and fine lines prominent. Botox is also used to prevent headaches and to treat muscle tension.

Toxicity is all about dosage. Too much of a toxic substance is detrimental to health and a threat to life. The right amount of a potentially toxic substance can actually be a good thing. Smart detoxification brings your body back into balance by removing harmful amounts of toxic compounds, without getting rid of every last nanogram of substances that are helpful in tiny amounts. 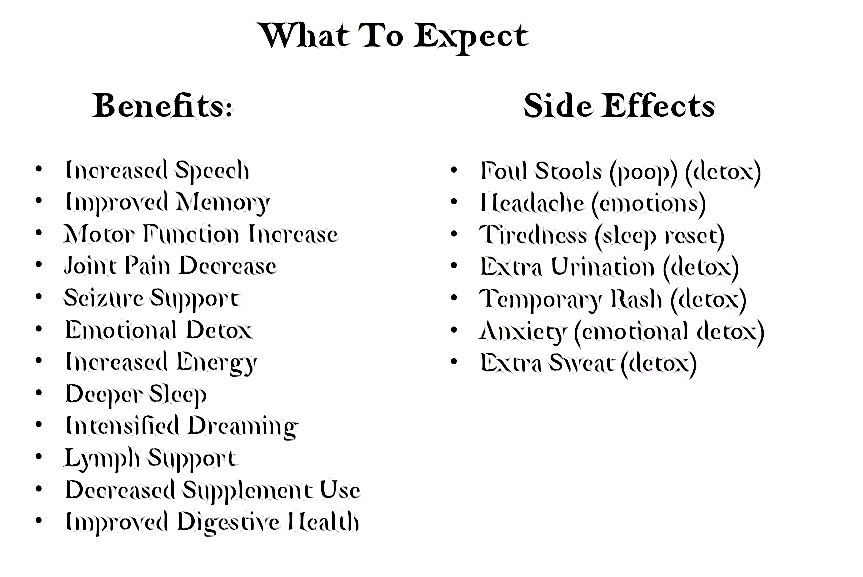 trs detox what to expect

What is TRS detox?

TRS detox is smart detoxification. TRS isn’t a system that scours heavy metals and organic pollutants out of the cells that already incorporate them. It doesn’t interfere with the ways your body uses the tiny amounts of heavy metals that actually improve health. But it does prevent your body from absorbing toxic amounts of heavy metals and complex organic toxins from pesticides, herbicides, plastics and plasticizers, flame retardants, cleaning agents, and other everyday sources of pollution that can play a huge role in your health.

TRS detox consists of laboratory-produced nanoparticles of a mineral called clinoptilolite. The name is a little easier if you break it down into syllables: clin-op-til-o-lite. Clinoptilolite was first discovered about 50 years ago in an ancient outcrop of weathered rock in the Mojave Desert in California. It’s a crystal that forms where geologists don’t ordinarily expect crystals. Clinoptilolite appears on the edges of formations that are mostly natural glass. Instead of turning into glass, the minerals in clinoptilolite appear to be a crumbly rock. But on a molecular level, the molecules of (Na,K,Ca)2-3Al3(Al,Si)2Si13O36·12H2O that make up clinoptilolite form a “perfect crystal for dissolving heavy metals,” molecular sieve that can catch heavy metals and organic molecules.

There is widespread scientific agreement that clinoptilolite is anti-inflammatory, antioxidant, and detoxifying. Like other minerals known as zeolites, clinoptilolite’s molecular configuration enables it to capture molecules and heavy metals that carry a positive charge. All heavy metals, for example, arsenic, cadmium, cesium, chromium, lead, mercury, strontium, and thallium, tend to give up electrons so they acquire a positive charge. The molecular ring inside a zeolite can use this to capture them. Inside the human body, zeolites such as clinoptilolite can capture urea, NH4+, the toxic byproduct of the breakdown of excessive protein from food. And zeolites can capture positively charged organic toxins, such as the xenoestrogens and other compounds that cause hormone disruption, including PCBs, PCPs, DDT, and dioxin.

There is no shortage of scientific evidence that zeolites are beneficial to human health.

A laboratory study found that clinoptilolite helped to compensate for attention deficit and memory problems caused by exposure to lead.

Scientists in Mexico have found that clinoptilolite kills amoebae in contaminated drinking water that can cause diarrhea.

Italian researchers are developing a product combining clinoptilolite and slow-release calcium for the prevention of osteoporosis. Clinoptilolite makes the release of calcium into the bloodstream more steady and predictable.

Scientists in Australia and New Zealand are devising ways to use clinoptilolite to stop mesothelioma after asbestos exposure.

Scientists at Duke University are exploring the uses of clinoptilolite for improving probiotic balance in the gut that in turn reduces the severity of depression.

A human trial in Germany found that giving clinoptilolite raised low T-cell counts while decreasing numbers of inflammatory cells in the bloodstream.

A study at the Institute of Sports Research and Nutrition in Austria found that giving athletes zeolite supplements for 12 weeks increased the integrity of the intestinal wall against a condition commonly called leaky gut. When the lining of the intestines is strong, it naturally keeps out infectious microorganisms and it also regulates the absorption of nutrients. It keeps undigested, potentially inflammatory lectins from plant foods and proteins from animal foods from entering the bloodstream. In this test, lower levels of inflammatory compounds in the bloodstreams of the participants showed the zeolite was protecting the wall of the gut.

Protecting the wall of the intestines is extremely important to your health.

If all the nooks and crannies, known as the villi, in your intestinal tract were smoothed out and measured as a flat surface, they would cover over 400 square meters. That’s 4300 square feet of intestinal surface in your body.

Making sure your body gets water and nutrients and keeping pathogens and poisons out of your body takes a lot of energy. Your gut lining uses about 40 percent of all the energy your body produces.

Imbalances caused by injury to your gut lining have profound effects on the health of other organs in your body. In particular, when the gut needs to generate inflammation to stop the entry of infectious microorganisms or toxins from food and water because it’s leaky, those inflammatory compounds can travel to joints, muscles, and skin with distressing consequences.

Another advantage of nanoparticle clinoptilolite is that your body that you can take in just a few seconds and that your body can absorb in just a few minutes. Some of the products will enter your bloodstream to help prevent acid stress in your bloodstream and kidneys through the membranes in your mouth. Most of the products will enter your digestive tract and travel to the gut where it can protect you from heavy metals and other toxins from your environment.

TRS Detox Spray is constantly working to bind heavy metals and toxins. When the clinoptilolite molecules become saturated with toxins, your body expels them with other waste. That’s why you need to stake TRS Detox Spray five times a day for at least a month to get your free of toxic levels of heavy metals, and then once a day as a maintenance dose, keeping constant protection in your bloodstream and in your digestive tract. 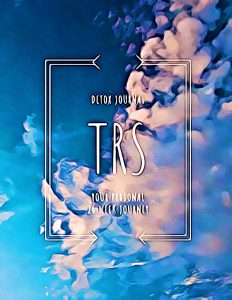 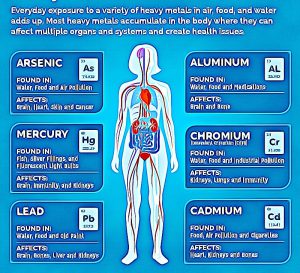 How do I do TRS heavy metal detox?

Were you exposed to lead in paint and gasoline when you were younger? Were your playsets made of the “greenwood” that is treated with arsenic? Do you get constant toxic exposure from fumes released by chemical plants, or do you have to use plasticizers in your work?

TRS heavy metal detox follows the same protocol as TRS for daily protection. Just do it longer. Take TRS five times a day for five months, and if your symptoms have resolved, take a maintenance dose just once a day.

What about TRS Detox side effects?

along with TRS Detox, then studies show you probably are going to have some diarrhea and acid reflux. The solution is simple. Don’t mix TRS Detox with similar supplements!

We recommend that everyone start TRS Detox with a single dose. Wait 24 hours and see how you feel. If you don’t have any problems, then take two doses the next day, increasing by one dose a day until you get to five doses with no possible side effects. Don’t give this product to children under six, and five children aged six to twelve just one dose a day.

Where can I find some TRS Detox reviews?

Ketamine Addiction: Dangers of Abuse and Side Effects

Gabapentin High: Is it Addictive?