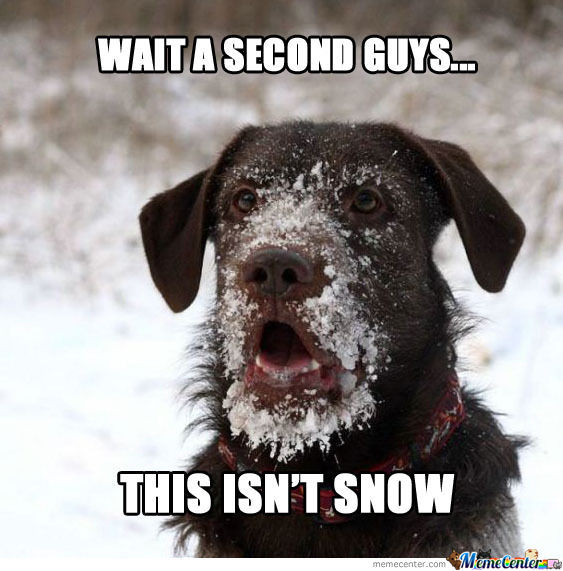 Here are the Top 30 Cocaine Memes we found around the web:

You’re surfing the internet and you stumble across a picture captioned, “When you use a $20 bill to do a line of coke instead of a plastic straw.” In the picture, a woman is hugging a tree. Or you’re browsing Facebook and you see a post that runs, “Good news for health enthusiasts! Cocaine is gluten-free!”

What Are Cocaine Memes?

“Meme” is a broad concept. It’s an idea or behavior that catches on and spreads, sometimes modifying and refining itself as it goes.

When people talk about cocaine memes, however, they’re usually talking about internet memes. Internet memes are images, video clips or blocks of text that are passed from one person to another via email, blogs, forums, and social media.

Sometimes the same meme shows up repeatedly with minor variations. For example, there’s one with a picture of a bear that’s eaten some cocaine. Some memes say it fell from a smuggler’s plan, while others don’t explain how he found it. They all end with the same tagline: for the few minutes before he died, that bear was the most dangerous apex predator on the planet.

Cocaine Memes have gone mainstream as more young adults are experimenting with the drug for the very first time. The latest trend comes as a result of a broader change in societal perception towards drugs. In the past, photos of cocaine users drinking and taking hard drugs were frequently used to support ideas of addiction and promiscuity, which remains prevalent in modern culture.

Cocaine Memes are images of things that are often made famous through the internet and in other mediums such as television, newspapers, and magazines. These images are usually related to an event or product, which is very popular in certain areas or demographics. As cocaine memes go viral, many more young people are attempting the drug for the first time, which makes this drug an appealing drug to use by people of any age. It has the potential to give pleasure in a positive manner, and at times this can be used to help people overcome difficult problems they have.

Why Are Funny Cocaine Memes So Popular?

Memes are a lot like jokes. Jokes have always been popular, and memes are popular too. We enjoy hearing and spreading them.

Why funny cocaine memes? Well, there’s always been a tendency for jokes to run toward topics that aren’t dinner conversation, such as alcoholism and sex.

There’s also the “guilty pleasure” phenomenon. Most of us don’t get to make clever remarks about cocaine in the workplace or at Aunt Beatrice’s tea party. There’s something about the out-of-place and inappropriate that tickles our funny bone.

Humor is an odd thing. It’s tough to define funniness, but we know it when we see it. It’s hard to articulate why Wile E. Coyote stepping off a cliff holding an anvil is funny. It just is.

Are There More Cocaine Memes Lately?

It’s been suggested that there are more cocaine memes in recent years because more people are using coke.

During the “coke boom” of the 70s and 80s, there weren’t internet memes, but there were plenty of cocaine jokes. For example, there was this one-liner: coke dealers are always sticking their business into other people’s noses. That wisecrack was around long before the internet era.

When there are more cocaine users, there’s more awareness of cocaine, which leads to more cocaine memes. Memes might function as an outlet for clandestine coke users. They can’t talk to people in their workaday lives about cocaine, but they can pass online notes to other folks like them.

It’s not a bad thing to enjoy cocaine memes. For most, it’s a harmless pastime. But we need to recognize that cocaine abuse is a serious problem that’s brought a lot of misery to the world. There are millions of cocaine users in the US and thousands of overdose deaths every year.

In the short run, cocaine gives you alertness, energy, and euphoria, but it also can cause anger, irritability, and paranoia. It can even stop your heart if you ingest too much.

Crack cocaine, the smokable form, is faster acting and is often seen by the public as a more dangerous version of the drug. However, crack and powdered cocaine are pharmacologically identical. Both are dangerous.

In the long run, cocaine tends to make an abuser into a mental and physical wreck. Heart disease, mood swings, loss of appetite, and loss of sexuality are common. Long-time users often become malnourished. It can impoverish users and leave them powerless to deal with everyday life.

And it’s addictive. Even when users recognize the drug is ruining their lives, it’s not easy to give it up.

If someone you know someone trapped by cocaine use, you might start with the national addiction helpline at 1-800-662-HELP (4357). It’s difficult to overcome cocaine addiction alone. There are treatment programs in every part of the country, and many are successful in working with cocaine abusers.

Treatment is complex. Many people in treatment use other drugs in addition to coke. Addiction is not only a physical phenomenon but is also subject to family and social factors, and treatment must take that into account.

It’s not a funny cocaine meme, but here’s an online quote. “The scariest feeling is when you realize you’re addicted to something.” Fortunately, no one has to be ruled by addiction. There’s help.

What to do About Cocaine Abuse

If you are a parent of young adult drug users, it is important for you to understand that if your teen is using cocaine, he or she is probably experiencing mental health problems, whether or not he or she was using it recreationally before. Cocaine use is a gateway drug that leads to harder drugs, such as heroin and methamphetamine, which carry more serious dangers. If your child is showing signs of withdrawal symptoms or is having panic attacks, it is important for you to take him or her to the hospital for evaluation.

If you suspect that your child may be suffering from cocaine use or addiction, you should encourage your teenager to seek help from a qualified addict and/or counselor. It is important to remember that cocaine addiction is a lifelong condition, which means that it is impossible to recover from the drug after one use, even if it is only once.

It is always a good idea to discuss your feelings with your child and get a professional opinion on whether or not he or she should try it again. Remember that cocaine use is something that will continue until it is finally broken.

Teens and Cocaine Use

Although many people do not realize it, one of the main reasons why so many teens resort to cocaine memes is that they do not believe that it is dangerous. Many teens have been led to believe that taking cocaine is harmless and that there is nothing to be afraid of.

This has caused young people to believe that it is okay to use cocaine because it will not make them addicted to it. This is a dangerous myth, because many people, who use cocaine, are addicted to the drug. It is very possible for a person to develop an addiction to cocaine without becoming physically dependent on it. There is also the possibility that a person may use cocaine recreationally without developing an addiction to it.

Cocaine usage is no longer confined to teenagers. For many adults, cocaine use has become a routine way to relax. Cocaine usage has become a way to treat stress. Those who experience severe stress may be prescribed cocaine to relieve anxiety. For many, cocaine provides the temporary relief they need in order to cope with the stresses that are associated with such an intense amount of stress.