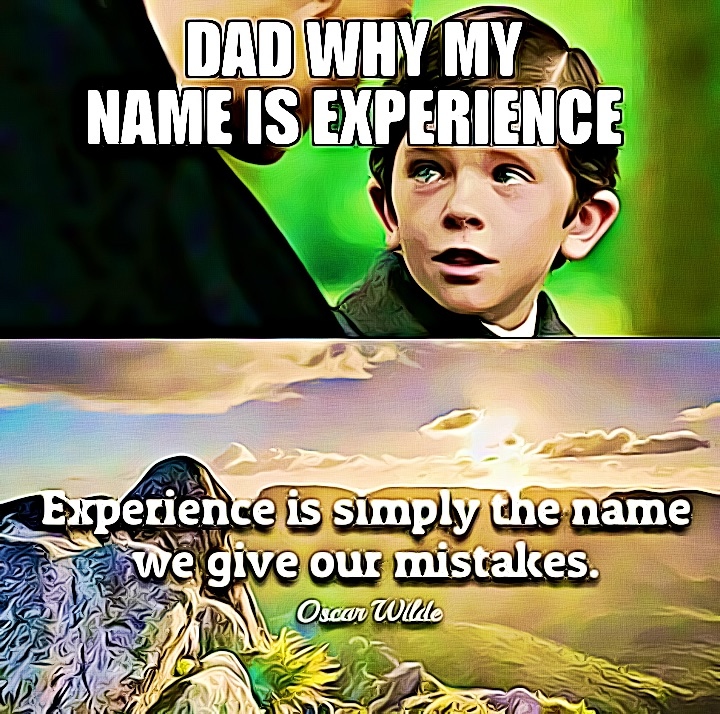 Dark Humor Memes Arent For Everyone!

Dark humor memes are an important part of life.  So, if you’re not sure what it is, give it a try.

What Are Dark Humor Memes?

Dark humor memes are jokes that make light of sensitive topics in the society, considered as a taboo. They range from joking about an ailment, injuries, broken relationships, and lost careers to serious incidences like pandemics, suicide, and even death.

Even though these are tough moments to go through, dark humor memes create something humorous about the entire situation, at least to reduce the associated pressure and stress.

For instance, here’s a dark humor conversation between a doctor and a mother to a sick child.

Doctor: The disease is gone.

Her: So my son is going to be okay?

Logically speaking, this is a yes and no question.

Since dark humor memes make fun of really sensitive aspects, some people may consider them as tools of propagating poor moral values. In contrast, others view them as usual fun! Therefore, it is a matter of perspective.

If the joke intends to demean, demonize, or belittle a particular group of the society, then you can as well agree it’s not cool, right? For instance, think of a joke that targets the disabled. That’s abominable, right? “Mockery is the lowest form of laughter,” they say.

However, that is never the purpose of dark humor memes. As we have just pointed out, the aim is to create some relief from a stressful situation.

So, Why Do People Love Dark Humor Memes

Dark humor is a subject of discussion, even in the scientific world. Psychologists have explored and published many benefits relating to the matter. So, let us see what psychologists have to say.

Even though you cannot eliminate stress, dark humor becomes a great foundation for coping with an awful situation. It helps you feel good, develop resilience, and restore a smile on your face.

Prof. Gibson, a psychology professor at Grinnell College, associates this with endorphins. The brain hormones are released any time you are excited, in this case, after reading the funny dark humor memes. In response, they help counteract pain and stress.

Deviates From the Stringent Social Norms

Life should not be too serious. Although breaking some of those social or moral expectations is genuinely disappointing, we don’t have to get upset. Dark humor memes aim at translating the disappointment into amusement. For example, in the example we gave earlier, the doctor’s joke is really harsh but equally humorous.

Some situations like death are pretty common and will get every bereaved person anxious. But amid the challenging moment, dark humor helps create a new and better atmosphere that makes the bereaved forget the terrifying moment for a while and be happy. In such a case, dark humor can focus on the funny things that the deceased used to do.

Restores the most critical aspect of life—laughter

Sophie Scott, a professor at the University College London, notes that laughter also helps build strong social bonds and relationships. According to her, sharing funny dark humor memes has always been a great way to open up and share ideas with friends and family. It is through these interactions that new relationships are grounded, and existing friendships thrived.

A quick answer is—NO. It is the opposite.

Over the last couple of years, people—especially the youth, have adopted memes to address the rising challenges in the traditionally touchy concerns like mental health. Brisbane’s Psychologist, Bagley-Jones, points out that some time back, no one ever wanted to identify themselves with mental illness. But thanks to dark humor memes—they are reshaping the norms.

Social media platforms are now full of depression-addressing pages and personalities. For instance, “#depressionmemes” has over 200,000 results on Instagram, while Facebook’s “Depression Memes” page has attracted over 550,000 likes as of mid-2020.

Also, Cherry Baylosis, a Ph.D. student and mental health researcher at the University of Sydney, backs this up when she notes that memes have been the depression game-changer for most youths. According to her, memes share common experiences that resonate with most people.

Should you feel bad when sharing or laughing at dark humor memes?

However, the freedom of sharing dark humor memes varies from one individual to another. Baylosis notes that, depending on the meme’s tone, some people will find it easier sharing the memes than others. She reiterates that some of the topics are still taboos, and some people may not be confident enough to share them publicly—they opt to do so for light humor memes.

For instance, if it is on Facebook, someone may shy off from interacting with a dark humor meme post—either by “liking” or “commenting”. That’s because of Facebook’s algorithms that may notify friends about the activity, and consequently result in misjudgment.

Again, that is why others consider private groups as the best option to interact with the funny humor memes anonymously.

Regardless of how people perceive dark humor memes, they are not necessarily that bad! As we have seen, the associated benefits are way much outstanding compared to the restrictions of taboos. Sharing funny dark humor memes could mean life to someone who was going through stress or anxiety.

So, if they will save someone’s life, why not share?

Some people wonder if it is safe or legal to use these dark humor memes on the internet because many believe that they are not and they are wrong, as many would say. The reason why this is so true is that some people might get offended by them, as they could say things that other people would never wish to hear.

But, the funny thing about them is that they are completely harmless. It is their way of poking fun at someone and making them laugh in an unexpected and funny way. It can make even the funniest person smile at least once during the reading of the jokes and you will definitely have some good laughs reading them.

Are These Memes Considered Art?

Some people wonder if these dark memes are really a form of art and how they have come to be called such. Well, they are a form of art because they allow the user to share their thoughts with others, and they are not only funny but also entertaining as well. They can be used in many different ways and they come in all shapes, sizes, and colors, which is what makes them unique. There are literally thousands of different colors and shapes of them, so if you use these in your web pages, then they have a much better chance to work.

So, if you are looking for some humor then try to get yourself one of these and you will find a lot of different people saying some good jokes and also some not so good ones. All of them are very much meant to be a form of entertainment and a way of getting the mind off the usual thought process.

There are different reasons why someone would use dark humor memes and some of them may be to deal with stress or just to be in the mood. These are good for a quick pick me up, especially when you need one and don’t want to sit down to read the entire article on your computer screen.

There are so many different ways to use them and they are used by a lot of people. You should try to get a few of these to add some humor to your web page and see what works for you and your personality.

It is easy to use these as a way to get rid of some frustration from your daily life and to just have a bit of humor, which is what a lot of people do get from them. It’s important to know that a lot of the older generation is no longer in the habit of being sarcastic and mean and they like to laugh at things that are not so serious.